Review: The Name of the Rose by Umberto Eco

Posted on December 15, 2010 by portiabridget

Cover of The Name of the Rose

”I was not surprised that the mystery of the crimes should involve the library. For these men devoted to writing, the library was at once the celestial Jerusalem and an underground world on the border between terra incognita and Hades.”

Elderly but still fit Franciscan friar, William of Baskerville (hmm…The Hound of the Baskervilles by A.C Doyle anyone?) and his secretary cum servant, a Benedictine teen novice Adso of Melk (WadsoN ?) travel to a venerable monastery in Northern Italy to attend a theological dispute about the poverty of Christ. As they arrive they find out that the monastery has been disturbed by a mysterious death of a monk. William is known as an intelligent and acute Inquisitor so the abbot asks him to investigate discreetly the case. As the plot unfolds, innocent people are being burned as witches and heretics, several other monks are being murdered as well but for a different reason, following a rather sinister pattern. It is left to William’s enormous powers of logic and deduction to solve the mysteries of the abbey as no one seems to be inclined to help him.

On one level, the book is an exposition of the scholastic method which was very popular in the 14th century. William demonstrates the power of deductive reasoning (Sherlock Holmes would be proud), especially syllogisms. He refuses to accept the diagnosis of simple demonic possession despite demonology being the traditional monastic explanation. Because we are viewing events from Adso’s point of view (an elderly Adso to add, writing a kind of memories many years later) the young boy serves mostly to bounce questions off William so that the elderly wise brother can solve the various puzzles he faces. The solution is a bit different than William’s final theorems but he still manages to discover the horrible truth and the real murderer. At the end nobody gives a fig about his discovery, though – the whole monastery is destroyed in a really apocalyptic fire.

What fascination might the theological and political disputes of the 14th century hold for a contemporary reader – the long-forgotten rivalries between Pope and emperor, bishops and abbots, between reformist friars who preach poverty and wealthy clerics who support the church’s claims to mundane riches? A great fascination indeed. I believe every time I read this novel my IQ is raised instantly by a couple of points.

Too many authors, writing books set in medieval times, tend to ‘cheat’ their readers by either poorly researching the times in which they are writing, or glossing over places and events they know little about. Not Eco. Firstly and foremostly he has an intimate knowledge of the era and he is not afraid to share it with us. Whole chapters of this book are little more than history lessons, as we watch the Catholic churches in the final throes of its great power. In short this is a very good book to learn history from and compared to 99% of the materials published recently, this is still remarkably good stuff.

A suspenseful, riveting plot, strange murders, a long dated historical mystery (the existence/disappearance of the second book of Aristotle poetics, that dealt with comedy), the interesting medieval framework, powerful symbolism – truckloads of erudition. Apart from learning history I enjoyed trying to solve the mystery along with William and Adso. I was also happy to be able to practice my Latin – I usually could figure out the basic meanings and sometimes I even had a complete translation. Very fulfilling!

Well I really liked most of it but I admit this book contained a lot of church history that at times might be hard to follow. I also strongly recommend finding a version with passages in Latin translated into English or your mother tongue (I’ve heard it is possible) unless you know a thing or two about Latin and you are prepared to read this book with a dictionary.

My all-time favourite, a book I would recommend even to those who usually opt for recreational reading of romantic stuff.

Have you wondered about the meaning of the title?

“Stat rosa pristina nomine, nomina nuda tenemus”.
Literaly it can be translated as “The pure rose subsists thanks to its name, we have only bare names”. Now you know where Sheakespeare found one of his most famous quotes:

Juliet:
“What’s in a name? That which we call a rose
By any other name would smell as sweet.” 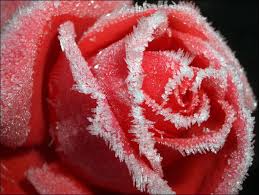 This entry was posted in book review, one brilliant book and tagged Umberto Eco. Bookmark the permalink.

9 Responses to Review: The Name of the Rose by Umberto Eco