Concise history with fangs – part one.

Posted on February 21, 2011 by portiabridget 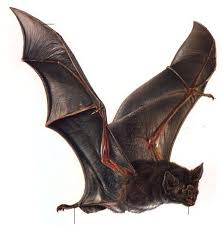 You must admit it – nowadays vampires and werewolves are practically everywhere. Books, movies, shops, pop culture, you name it. When it comes to books, though, I’ve noticed that many (really too many) authors don’t even bother with “when” and “what” – in short it seems they don’t try to find out (let alone present in their books) any historical background of these mythical creatures (of course there are also those who do their homework properly and believe it or not, it makes a world of difference to me, a humble reader). Pure imagination is good but I really wonder why some of them have adapted such a negligent stance. After all this is an interesting topic and research has never been easier than today – all you have to do is to sit in your room before your laptop or your PC and read and you might find plenty of food for your thoughts. Too simple? Ok, let’s make it even simpler then. Today I am starting my concise history with fangs. Its aim will be to show that vampires (and also werewolves) weren’t born yesterday and haven’t been created by either Stephanie Meyer or even Bram Stoker. They are truly ancient and fascinating. I hope you will enjoy this one – let’s go on a historical trip through ages and continents!

When did vampires begin? It seems as early as any human civilization, probably even earlier. The exact date of origin is unknown; but evidence of the vampire-related tales can be found in many places. For example in ancient Persia a vase was discovered depicting a man struggling with a huge creature which is trying to suck his blood. Similar evidence was found with the ancient Chaldeans in Mesopotamia, near the Tigris and the Euphrates rivers, and with Assyrian and Summerian writings on clay or stone tablets. The land of the Chaldeans is also called the “Ur of the Chaldeans,” which was the original home of Abraham from the Bible. Here we meet the first real thing.

“Lilith” was a possible vampiric monster from the ancient Hebrew Bible and its later interpretations – old Hebrew texts removed from the Old Testament, known as Apocrypha. Although she is described in the book of Isaiah, her roots are more likely in Babylonian demonology . Lilith was a monster who roamed at night taking on the appearance of an owl. She would hunt, seeking to kill the weakest – newborn children and pregnant women. According to Jewish tradition Lilith was the wife of Adam before there was Adam and Eve, but she was demonized because she refused to obey Adam. One version of the story says that she left her husband due to his sexual ineptitude, becoming the Queen of Demons and Evil spirits. In modern terms and from a more liberated viewpoint, she demanded equal rights becoming almost a first feminist. Naturally, she was considered evil for such “radical” desires and became a vampire who eventually attacked the children of Adam and Eve – all their human descendants. Because Hebrew law absolutely forbade the eating of human flesh or the drinking of any type of blood, Lilith’s blood drinking was described as exceptionally evil. To ward off attacks from Lilith, parents used to hang amulets from their child’s cradle – this is in a way continued up to now, with different rattles adorning pushchairs and prams.

Lilith with a snake by John Collier via Wikipedia

In the medieval text Alphabet of Ben Sira the story of Lilith is finished this way:

“Whenever I see you or your names or your forms in an amulet, I will have no power over that infant.’ She also agreed to have one hundred of her children die every day. Accordingly, every day one hundred demons perish, and for the same reason, we write the angels’ names on the amulets of young children. When Lilith sees their names, she remembers her oath, and the child recovers.”

The Ancient Egyptian goddess Sekhmet in one myth became full of bloodlust after slaughtering humans and was only sated after drinking alcohol colored as blood (other gods didn’t want her to kill all the humans so they decided to get her drunk and finish the folly). Still she was a goddess.

It was continued in the European civilizations – ancient Greece and Rome. There were numerous bloodthirsty Goddesses in both Roman and Greek mythology, known as Lamiae, Empusae and Striges. These names eventually evolved into the general terms for Witches, Demons and Vampires. The Vampires, though they did drink blood, were in fact goddesses not “living Dead” or “undead” people – disembodied divinities capable of taking on human appearances so that they might seduce their victims.

The ancient Greeks believed in the strigoe or lamiae, who were monsters who ate children and drank their blood. The first Lamia, (Greek: Λάμια) was human, though – the beautiful queen of Libya and the lover of Zeus, the Greek king of all gods; Zeus’s wife, Hera, fought against her (Hera, being one seriously jealous wife, fought most of her husband’s lovers whenever she could find them as she could do nothing to her philandering husband). Lamia was driven insane, and she killed her own offspring. Then she was turned into a monster – half woman, half serpent. At night, it was said, she hunted other human children to kill as well. Myths variously describe Lamia’s monstrous  appearance as a result of either Hera’s wrath, the pain of grief, the madness that drove her to murder, or – in some rare versions – a natural result of being Hecate’s daugter. Nothing is known about the creation of other Lamias or how they propagated. Apparently the name “Lamia” was popular among Greek courtesans (heteras).

Other tale, known by both the Greeks and Romans, concerns the wedding of a young man named Menippus. At the wedding a guest, who was a noted philosopher called Apollonius of Tyana, carefully observed the bride, who was said to be very beautiful but somehow strange. Apollonius finally accused the wife of being a vampire, and according to the story (as it was later told by a scholar named Philostratus in the first century A.D.) the wife confessed to vampirism. Allegedly she was planning to marry Menippus merely to have him handy as a source of fresh blood to drink. Talk about ultimate exploitation of a husband. Here we deal with the first myth about a human vampire.

Roman’s vampires were called Strix and apparently, were borrowed from the Greeks with one difference – they were male. The earliest recorded tale of the strix is from the lost Ornithologia of the Greek author Boios, which is partially preserved in Antoninus Liberalis’s Metamorphoses. This tells the story of Polyphonte and her two sons Agrios and Oreios (their father being a wild bear), who were punished for their cannibalism, by being transformed into wild animals. Polyphonte became a strix (so an owl) “that cries by night, without food or drink, with head below and tips of feet above, a harbinger of war and civil strife to men”. Ovid tells the story of striges attacking the legendary king Procas in his cradle, and how they were warded off with arbutus (small trees or shrubs with red flaking bark and edible red berries) and placated with the meat of pigs, as an explanation for the custom of eating beans and bacon on the Kalends of June. 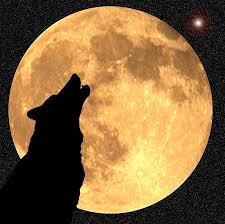 Romans and Greeks were also the first to write something about werewolves, monsters like vampires but able to change their shape. Herodotus in his Histories wrote that the Neuri, a tribe he places to the north-east of Scythia, were all transformed into wolves once every year for several days, and then changed back. In Greek mythology, the story of Lycaon provides one of the earliest examples of a werewolf legend. According to one version, Lycaon was transformed into a wolf as a result of eating human flesh; one of those who were present at periodical sacrifice on Mount Lycæon was said to suffer a similar fate.In Metamorphoses, the Roman poet Ovid described stories of men who roamed the woods of Arcadia in the form of wolves. The Roman scholar Pliny the Elder, relates two tales of lycanthropy. Quoting Euanthes he mentions a man who hung his clothes on an ash tree and swam across an Arcadian lake, transforming him into a wolf. On the condition that he attacked no human being for nine years, he would be free to swim back across the lake to resume human form. Pliny also quotes Agriopas regarding a tale of a man who was turned into a wolf after tasting the entrails of a human child.

More legends about vampires continued throughout all the world, including India, Malaysia, Polynesia and the lands of the Aztecs and Eskimos but, as it is a concise version of history, I won’t repeat here every single one of them, just a few which seemed more original than the others.

According to the Aztecs, the offering of a young victims blood to the Gods ensured the fertilization of the earth. In India, tales of vetalas, ghoul-like beings that inhabit corpses, are found in old Sanskrit folklore. A prominent story tells of King Vikramaditya and his nightly quests to capture an elusive vetala. The vetala legends have been compiled in the book Baital Pachisi. The vetala is an undead creature, who like the bat associated with modern day vampirism, hangs upside down on trees found in cremation grounds and cemeteries. In ancient Nepal vampires may have existed as well – at least in legend. Some very old paintings (as old as 3000 B.C.) on the walls of caves depict blood drinking creatures; the Nepalese “Lord of Death” is shown holding a blood-filled goblet in the form of a human skull standing in a pool of blood. The most famous Indian deity associated with drinking blood is Kali, who has fangs, wears a garland of corpses or skulls and has four arms (picture above). Her temples are located near cremation grounds. She and the goddess Durga battled the demon Raktabija who could reproduce himself from each drop of blood spilled. Kali drank all his blood so none was spilled, thereby winning the battle and killing him. The hopping corpse is an equivalent of the vampire in Chinese tradition; however, it consumes the victim’s life essence (chi or qi) rather than blood and it is called kiang shi.

I hope the first part wasn’t too long; in the next one I will try to describe the development of stories about vampires and werewolves  from the Middle Ages to 18th century.

This entry was posted in history, miscellaneous essays. Bookmark the permalink.

8 Responses to Concise history with fangs – part one.