Synopsis:
Corine Solomon is a lonely woman but it suits her. She has  broken up with her super-handsome but selfish boyfriend, Chance, who used and abused her for financial reasons (no, he wasn’t a pimp but close) making her sometimes even risk her life. Now she is living in Mexico as an illegal alien (no matter how silly it might seem but such things happen), earning a modest living in her own little pawn shop. If she thought that, by leaving the USA, she was able to escape her problems forever she couldn’t have been more wrong. Unexpectedly, one day  Chance darkens her door again. Why? Oh, business as usual – he wants Corine’s help to find a missing person. The problem is this time it is his own mother.
We find out that Corine possesses a rare, supernatural gift – she is a ‘handler’. It means that touching different objects she is able to ‘see’ what has happened to their owners. Such a gift is frowned upon by the police and other officials but often it is also the last chance of discovering the truth about somebody who has disappeared without any trace. Corine used to be very successful with her gift, earning a lot, but it always came at a hefty price – every time she used it she felt pain and objects made of metal left her hands burning and scarred. Not to mention the fact that she often had to chase after very nasty, very angry criminals and she has never been exactly fit.
Corine decides to help Chance one more time. She liked his Korean mum very much and she is still not insensitive to her ex’s charm (although she would prefer to believe otherwise). Apparently Chance have been missing her, not her money (or so he says) and generally he seems to be really contrite. Finding his mum will be a problem, though – apparently she has had her own shadowy secrets, involving human traffickers, Mexican mafia and some local witches. The clock is ticking – will Chance and Corine succeed once again? Will they kiss and make up while doing so?


Plenty of kissing and some nice memories revived. You will be pleased and welll…titillated but not grossed out.
What I liked:
What I didn’t like:
Final verdict:
If you like stories which can make you shiver even in the middle of a hot summer day this one is for you. It has zombies, witches, magic, a nice heroine, some romance. Just don’t expect a very original or very surprising plot which makes you think. HEA guaranteed, though and don’t forget to prepare some food beforehand – you might get hungry and thirsty! 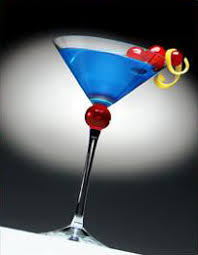 Corine and Chance, her ex boyfriend, visit Kilmer, a sleepy town where Corine used to live and where her mom died. Or rather was murdered. Corine wants to solve that mysterious death in order to move on with her life. It won’t be easy. Kilmer is truly a town straight from a horror movie and apparently nothing changed much there since 1950s – no internet, no ATMs, no public phones, no contact with the outside world.

When things get dangerous Corine is joined by her almost-love-interest-cum-mentor Jesse Saldana, an empath who feels she is in dire need of help. With the help of another gifted girl, Shannon, they will try to find out what it wrong with Kilmer and its sleepy, backward inhabitants. Evil magical powers will gather and fight back, defending their status quo.


There is more romance than in the first part. Still nothing substantial. By the way, be warned – Ms Aguirre, not unlike her heroine, Corine, is a woman after my own heart – to quote her former boyfriend (Corine’s, not Ms Aguirre’s of course 😉 ) she has a mean streak as wide as Mississippi river. Those chicklit fair fans who like supporting different “teams” in their free time should be especially careful – no matter whether you take lovely Texan Jesse’s or smoldering and exotic Chance’s side, the author will make you suffer. Every kiss, every steamy bathroom scene must be paid heavily for afterwards.

So…we are back to the classic triangle – two hotties are vying for attention of a close-to-average but gifted gall…the one difference is that she is not so sure about either of them. After a while it can make you irritated. Well, don’t get me wrong – it’s really nice that our Corine learned to appreciate her own value and to make her own choices like an adult woman. I just wonder whether she isn’t overpricing her assets. Let’s face it – both guys are very interested in a long-term relationship with her and have already shown an uncommon degree of commitment. To no avail. Corine wants them constantly on their knees, begging and groveling time and again. In real life such a woman, be it even a supermodel with heavenly voice and brilliant career,  would wake up one day, look at her empty bed and sang after Cher: “If I could turn back time, if I could find a way…” (yes, I quote Cher deliberately in order not to disappoint a girl called Melissa…;) ).
Maybe the third book will do the charm. I would advise Corine to invest more in a certain Internet acquaintance…

I liked the second one but I wasn’t overly excited about it. I am willing to give the next part a try, though, so it wasn’t totally bad. Typical summer chicklit with not very typical ending.