Web of Lies
An retired assassin, Gin Blanco, now an owner of a restaurant called Pork Pit, faces an unexpected challenge. One of her customers, Violet Fox, was almost murdered before her own eyes. Shot more precisely. Gin is curious why somebody wanted to murder a young college girl and not…her. She decides to investigate and finds herself facing a really though opponent (dwarfish-tough) while her beloved cop, Donovan Caine, simply can’t decide who or what he likes best: his lover or his career and principles…a broken heart is guaranteed but whose it will be?
Venom

Roslyn, a vampire owner of a fashionable club and a former hooker, is in trouble. She has helped Gin and, as a result, she is being stalked by one ugly, sadistic giant, employed by Mab Monroe, who simply never takes ‘no’ for an answer and enjoys killing his girlfriends. Eventually. He also has the full protection of Mab no matter what he does in private so forget about informing the corrupt police. Gin tries to get rid of that gigantic problem but panicked Roslyn is not exactly helpful. As Donovan Caine moved out of the city, Owen Grayson takes his place and he is far better as Gin’s new love interest than Donovan ever was. Oh, and we meet Bria Coolige, Gin’s little sister, now an law-abidding police officer. Will Gin be able to protect her friends this time?
Tangled Threads

Mab Monroe, Gin’s nemesis, had to hire a new security consultant because the last one literally lost his head. She chose a very smart, very expensive female assassin, Electra LaFleur, who has been given one main task – kill Gin, Bria and the Spider. Of course Electra doesn’t know that Gin is the Spider. Sill, does it change anything? LaFleur is a strong Air elemental who electrocutes her victims and enjoys every minute of it. Does it leave poor Gin any choice? If she wants to spend her Christmas with Owen, Bria, Finn and the rest of her gang she has to kill LaFleur before she kills her. The problem is how to do it…and keep alive everybody else.
What I liked:
What I didn’t like:
Prepare yourself: Anachronist gets into the venomous Spider mode – she attacks and she will be merciless to the extreme because let’s face it, things went south with this series for me. Let me explain why.
·        The fighting scenes…from a high class assassin you would expect some finesse and originality, right? Well, I must disappoint you a bit – every fight in the last three books has been handled in a way more reminiscent of Conan the Barbarian than Gin the Assassin we met in the first installment. All this hacking, throat-slitting, carotid-cum-jugular-slitting and disemboweling…what’s more ridiculous Gin can’t keep her mouth closed. Not really. She almost always throws some thrash talk before the fight starts, regretting it later (and/or criticizing her opponents for doing the same). Pure professional, right?
Final verdicts (yes, several of them):
First: Ms Estep, as your reader I would be really grateful if you hired a new editor. Pronto. You have a series to save.
Second: how to enjoy these books? It’s is simple: read them really quickly, satisfy your craving and curiosity and then black out. NEVER give yourself enough time to actually think about what you are reading because you might end up ditching the series for good and, after all, it started well and  it might improve. Maybe. If you catch yourself thinking: ‘wait, wait, what is she/he doing?’ (I did catch myself thinking it more than a dozen times) drink some margaritas, listen to some Cher songs or go have a manicure. Or go shopping.
Third: To those who are yet to discover the series… well go read it, it’s summer. Even if some of these books are rather disappointing, they are still better than 80+% of the chicklit out there. 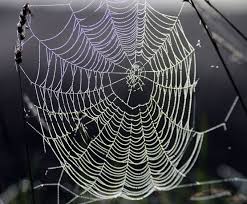 This entry was posted in book review, urban fantasy and tagged Jennifer Estep. Bookmark the permalink.