After losing his leg to a land mine in Afghanistan, Cormoran Strike is barely scraping by as a private investigator. Strike is down to one client, and creditors are calling. He has also just broken up with his longtime girlfriend and is living in his office.

Then John Bristow walks through his door with an amazing story: his sister, the legendary supermodel Lula Landry, known to her friends as the Cuckoo, famously fell to her death a few months earlier. The police ruled it a suicide, but John refuses to believe that. The case plunges Strike into the world of multimillionaire beauties, rock-star boyfriends, and desperate designers, and it introduces him to every variety of pleasure, enticement, seduction, and delusion known to man. 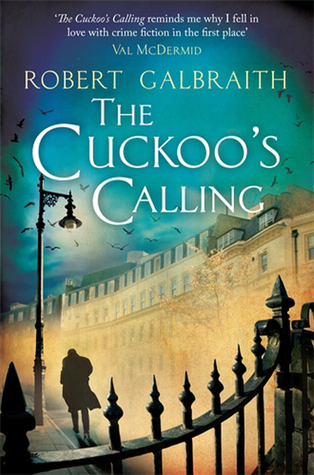 I like J.K. Rowling’s books. I like her storytelling and I like her writing—even when I think there could be less of it. I’m a fan of the Harry Potter books even if they’re nowhere near my favourites, and I absolutely loved The Casual Vacancy. I’m in the minority, I know. That’s why it pains me that I don’t really have anything to say about her latest book.

The Cuckoo’s Calling isn’t a bad book, but neither is it anything extraordinary. I’m guessing casting a disabled character as the protagonist was Rowling’s attempt to make the story stand out, but for me it became an annoyance. There were organic moments when it was perfectly natural for Strike to think about his stump or for it to be mentioned it on the page, but most of the time it felt like Rowling just had to remind the reader of his amputation.

Or it could have been the editing. Either Rowling needs better editors who tell her when to cut pages or she needs to start listening to them when they’re doing their jobs. I get that there’s exposition and red herrings to be delivered but does every single witness interview have to ten pages or more? Does Strike reading a few online articles really merit two pages of transcribed rumours? There’s hardly any action in the book, which isn’t a bad sign per se, but combined with the meandering narrative it becomes mind-numbingly boring.

I liked the characters, and the story, but I was terrified that something romantic would develop between Robin and Strike. I’m afraid that if this becomes a long series that is where they’ll relationship end up. I honestly don’t want that, I’d rather see them remain close friends and co-workers.

One last thing. Someone should tell Rowling that quoting others’ works at the beginning of each part just reminds the reader they could be reading something better. 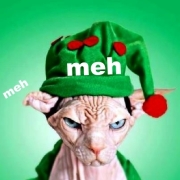 4 Responses to The Cuckoo’s Calling by Robert Galbraith aka J.K. Rowling (Cormoran Strike 01)