Posted on December 26, 2013 by portiabridget 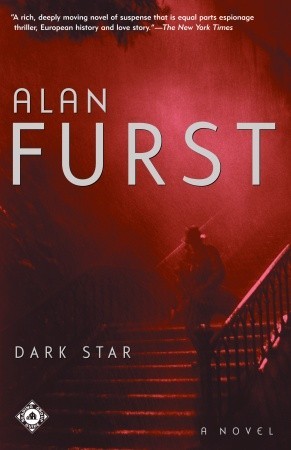 The book is set in Europe right before and during the Second World War – mostly in Germany but also in France, Soviet Union, Poland and Switzerland. It features Andre Szara, a Polish Jew with a  Russian passport, a stalwart Communist employed as a journalist of Pravda. Officially he is writing about the conditions of labourers in different countries; unofficially he is also used by the NKVD as a minor spy, given mundane, less important or less dangerous tasks.

One day he is charged with finding a briefcase another agent had by his person right before his sudden demise in an obscure hotel. When Szara retrieves and opens it he finds old documents written by a Russian and a fellow spy, probably the agent of famous Ohrana, the secret service of the Tzars. After studying them minutely, however, he knows that something is horribly wrong. The identity of that agent seems to indicate a high rank Soviet dignitary, now in a position of power. In hands of wrong people these handwritten reports might cause a lot of damage to that person, even have him publicly disgraced and killed. Andre hides the documents behind a painting he buys for that very reason and pretends there was nothing interesting inside the briefcase. He manages to dupe his superiors for some time, they even upgrade him to a deputy director of the Paris network, but it doesn’t last long.

Soon enough one faction of Soviet agents try to kill Szara – he is saved in the last possible moment, almost miraculously, by another faction. From that time he knows he must expect sudden death at hands of his own compatriots, people he was supposed to trust. From a state-approved journalist and a protected, even cajoled spy he turns into a fugitive. Where to escape? His Jewish background and tell-tale physique is not helping either, especially in the Nazi Germany  of 1939…

It is perhaps one of the IIWW Furst books I personally like the best. The real asset of this novel is showing how complicated things were in Europe right before the Second World War. Szara himself is the embodiment of that complex situation: he, a Polish Jew who immigrated with his parents as a teenager to Russia, only to witness at close quarters the ugly policy of the last Tsar. As a result of that policy his father, an almost blind, elderly watchmaker, was clubbed to death by angry mob during one of the famous pogroms, organized by the Russian government whenever they felt they were losing  control. That’s how Andre, like many of other Jews, decided to join the communists, hoping that they would treat common folk, no matter what their religion or ethnicity is, better. No such luck.

When Joseph Stalin seized the power in the Soviet Union he favoured apparatchiks who came from similar background – people from the south of the former Russian Empire. Jews and Poles were tolerated, even given some high positions from time to time but it was becoming rarer and rarer. Then the famous Stalin’s cleansings reduced their number significantly, showing that the regime maybe changed but the methods remained the same. Whenever there were troubles – lack of food, higher taxes, bad weather or illnesses – it was very comfortable to blame Jews and spies, often meaning the same people.

People like Andre often had no other option available apart from lying low while waiting for the executioner, just hoping that, if the worst comes to the worst, they would be professional and painlessly quick. Still Andre managed to stay afloat longer mainly because he became very useful – he found a valuable source of information about  the German production of military equipment in a person of a Jewish owner of a wire factory (or rather former owner, who kept some influence over his pure Aryan blood successor). The fact that Andre was upgraded to a fully-fledged spy gave the author a unique chance to show that not every Jew felt like a Jew and not every German was a Nazi fanatic, attacking innocent people on the street just because their ethnicity has offended their sensibilities . While some Russians cooperated secretly with the Nazis without any pangs of conscience, some others behaved in a very decent way, trying to save people’s lives if it was only possible; still in the melting pot called interwar Europe it was more and more difficult to distinguish friends from foes. For portraying spot-on that feeling of utter confusion and distrust I give this book my best book badge. I haven’t read a better novel about the beginning of IIWW for a long time. I haven’t met such a compelling fictional character I could truly relate to as Andre Szara for a long time too.

A terrific story, very skillfully told, featuring a great, complicated character who is not easy to pigeonhole. If you like historical fiction and spy novels of quality, especially set during the IIWW period, this book is for you. It is set against a lushly detailed historical backdrop and Alan Furst really has an incredible talent for bringing history alive.  I will keep it close and reread it when I have more free time. Actually I would buy the printed copy if I only could find one. Yes, it is that good.

Now the continuation of our short story: part three written by Anachronist

At that very moment several things happened at the same time. Sugarbabe was suddenly thrown on the floor by one powerful jerk of the muscled  mountain she had landed on. She moaned pitifully whereas the object of her attentions opened his eyes, sat and roared. His powerful howl brought to the room several curious mates which were lurking discreetly in the corners. The new vampire stood up, fully erect and completely naked and eyed them up aggressively. Sugarbabe glanced at him and licked her lips.

‘What’s your name?’ she asked, awestruck. His answer made her shiver for more than one reason.

‘I am Douche, Edward Douche. From now on I am the Alpha Male of this coven, your Main Husband and the Master of you all’.

Several other males, present in the room, shrieked in disgust and anger but Edward simply puffed up his chest and roared like an angry gorilla. It was enough to send all of them running for cover. Not seeing any worthy opponent nearby Edward extended  his hand royally to Sugarbabe and that’s how she was risen from the floor as his Queen. Then he kissed her publicly and, keeping a possessive arm round her sweet, slim waist he ordered:

He didn’t have to repeat the orders – a pair of shaking closet zombies brought him a white shirt and an Armani suit in no time while two lesser vampires with bright yellow hair started to fill Sugarbabe’s circular copper bath with hot water. A petite vampiress dressed in a French maid outfit came with a tray full of goblets with hot, champagne-scented blood. Edward growled his approval, pinched the maid’s bottom, took one goblet and entered the bathroom, with giggling Sugarbabe under his powerful arm.

Meanwhile in the adjacent room two angry vampires were plotting hard, heads close together. One of them, a hairdresser and a nail technician called Malik, used to be Sugarbabe’s all time favourite consort. The other, Cory the cook, held a second position in the household – his Bloody Marys and his abs used to be incomparable. They felt rejected, humiliated and debased by an unknown upstart with purple hair called Douche. They wanted their former life – and their Queen – back, no matter the cost.

Will they get what they want the most? Find out tomorrow!

The story so far: