I got a complimentary copy of this novel from the author in exchange for an honest review- thank you very much! That fact didn’t influence my opinion in any way. Synopsis: 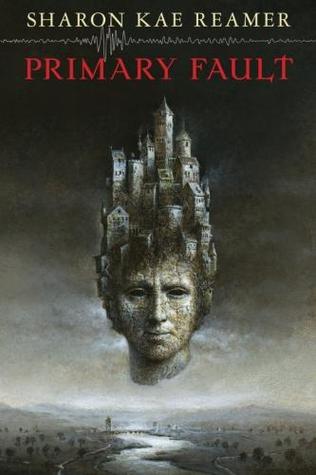 After the death of her mother Caitlin Kimberley Schwarzbach  decided it was high time she turned over a new leaf. She left her small Texas town, moved to Cologne, Germany, to join her beloved brother, Gus, her only living relation, and work along him as a geophysicist. It seemed a logical, sensible move. However, as soon as she arrived there all the hell broke loose. First she started to have some kind of hallucinations which seemed surprisingly real but involved Celtic women-warriors, ravens and a strange landscape with double moons, definitely fantasy stuff. Instead of meeting her brother upon her arrival, a Gus lookalike attempted to kidnap her by pulling her into a wall of glass. Then she fell in love withHagen,  a guy simply too good to be true – handsome, rich, intelligent and titled – whose behaviour from day one screamed ‘womanizer’ and ‘manipulator’. Finally her brother disappeared mysteriously, then was found and immediately arrested by the police, accused of multiple sexual assaults and a murder. Will Caitlin manage to clear his name and discover the real perpetrator not losing her mind? My impressions: A paranormal thriller set in Germany – who would think it might work? It seems such an idea could come only to a Texan woman who moved to Europe. Does Germany has anything to offer when it comes to paranormal activities? More than you think – especially the city of Cologne/Köln , set up by the Romans in the first century AD, as  Colonia Claudia Ara Agrippinensium in Ubii territory, belonging to a  a Cisrhenian Germanic tribe. Cool name, isn’t it? Soon enough Cologne became the capital of the Roman province of Germania Inferior and the headquarters of the military in the region until occupied by the Franks in 462.  Personally I love Antiquity so  I was quickly intrigued because let’s face it, the setting was original – think ancient Romans, Celtic and German tribes and all that mixture of cultures and beliefs. All of this in your ordinary, down-to-earth Germany. Caitlin was a nice character to follow – a decisive, stubborn girl, determined to save her brother no matter the circumstances. Plagued by spells of dizziness, which transported her into another dimension full of mythical creatures, she didn’t know what to think but still tried her best. The fact that she felt in love didn’t help either – soon enough her romance seemed to be as helpless as the situation of Gus, defamed publicly in newspapers but strangely enough unwilling to defend himself. Even though he seemed to have normal and supernatural enemies his sister never gave up hope. The book was action-packed, moving very fast but, fortunately, the author never forgot to make Caitlin eat, sleep and have a shower – allegedly unimportant issues in a thriller but also ones which made the heroine sound more like a human being than a machine and the whole narration more life-like and better. The paranormal world left me intrigued and I would love to learn more. Overall the first part, although it didn’t end in a cliffhanger got me hooked which means the narration was executed well. It also proved you really  don’t need an ugly cliffhanger to make a reader curious to find out more. All you need is an interesting story, with monsters and dragons preferably. My only carping is that the novel was a bit scant when it comes to the character development – I mean here especially the main female lead, Caitlin. Still you should remember it is the first part of a five-book series, a project in progress to boot, so I guess and I hope the best is before me. Final verdict: An interesting beginning of a fantasy series set in modern Germany. Reamer has created an intricately webbed reality where science and magic dance in a semblance of chaotic order. If you enjoy the occult, paranormal adventure, romance, police procedural, suspense, murder and many mixtures of each, this is the work you are looking for. I can hardly wait for more.