Review: The Psychic and the Sleuth by Bonnie Dee & Summer Devon

Inspector Robert Court should have felt a sense of justice when a rag-and-bones man went to the gallows for murdering his cousin. Oliver Marsh plays the confidence game of spiritualism, though his flashes of insight often offer his clients some comfort.

There’s only one way for Court to learn if the young, dangerously attractive Marsh is his cousin’s killer or a real psychic: spend as much time with him as possible. Despite his resolve to focus on his job, Marsh somehow manages to weave a seductive spell around the inspector’s straight-laced heart. 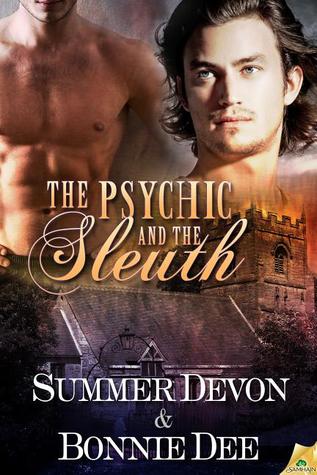 This book is why my “theory good, practice not” rating-slash-shelf exists. I can see the brilliance of the set up, the momentary genius in the writing, the detail that make others love the story, and yet it all falls short of my expectations.

The first twenty-five pages or so were a struggle and it all started with a fridged woman. Inspector Robert Court is investigating his cousin’s murder unofficially, because someone was already hanged for the crime. Officially he’s chasing a charlatan spiritualist Oliver Marsh, who accidentally gives Court the clue he desperately needs.

Both characters act too stupid to live because the authors rely heavily on romance shortcut where the reader knows to expect the two point of view characters to fall in love and spend the rest of their lives together because they are meant to be. Neither Dee or Devon justifies why would Court put aside his apprehension of getting close to a suspect or why would Marsh risk his life and living to give into Court. There are hints of instant attraction and lust but those aren’t strong enough to explain that first surrender.

“Was I too rough? I’m sorry. You just make me so… I could hardly help myself.”

I’m pretty sure that if this had happened in a hetero romance, there’d be an uproar. Then again, plenty of alpha heroes are loved despite sounding exactly like the abusive boyfriends they are.

Thanks for the rec, Ana, I’m sorry I didn’t like it better.

This entry was posted in book review, historical, lgbtq, paranormal and tagged Bonnie Dee, Summer Devon, The Psychic and the Sleuth. Bookmark the permalink.

7 Responses to Review: The Psychic and the Sleuth by Bonnie Dee & Summer Devon