Nyx had already been to hell. One prayer more or less wouldn’t make any difference…

On a ravaged, contaminated world, a centuries-old holy war rages, fought by a bloody mix of mercenaries, magicians, and conscripted soldiers. Though the origins of the war are shady and complex, there’s one thing everybody agrees on…

There’s not a chance in hell of ending it.

Nyx is a former government assassin who makes a living cutting off heads for cash. But when a dubious deal between her government and an alien gene pirate goes bad, Nyx’s ugly past makes her the top pick for a covert recovery. The head they want her to bring home could end the war–but at what price?

The world is about to find out.

Skip the first part and its five chapters. That’s all you need to know about Hurley’s God’s War. Trust me.

Oh, you need more. I guess I could…

Imagine a futuristic world, a planet—not Earth, think Arrakis without the worms—where two countries are at a war with each other. And it’s a holy war that’s dragging all their neutral neighbours and people of the Kitab down with them.

Then imagine an alien coming down with an agenda of her own, a plan to win a bigger war at home—on Earth probably—a plan of genetic manipulation and extermination.

Are you picturing it?

That’s where the story starts. Nyx and her team are bounty hunters trying to scrape a living when the Queen unexpectedly sics them on to the alien. Rhys is Nyx’s middling magician, also Chenjan to her Nasheenian. Khos is the shapeshifter and Taite is the comms man. Anneke is… well, I don’t know exactly what she is but I’m hoping to find out.

They set out onto a bloody and dangerous trip to a warzone in search of a foreign woman. They win some and they lose some but mostly they lose. Things and body parts. Lives too. It’s called grimdark for a reason.

Which is funny, because the basic plot is that of a mystery whodunnit and there’s a strong thread of a slow burn romance between Nyx and Rhys carrying the story. They’re the perfect opposites. She’s strong and godless, he’s devout and sensitive. He’s black, she’s brown, and their countries are at war with each other. The one thing that they share is a deep denial, which only makes the understated longing that much better.

And the world building—well, that’s the reason why I asked you to skip the first part of the book. As wonderful as this world Hurley has created is, she also wrapped it into a huge infodump and glued it in front of a well written, perfectly flowing whole book. It’s like she added the prequel novella that usually comes out between books in front of the first book of the trilogy.

As much as I loved that first page, the following fifty pages or so were painful to slog through. That reading experience bogs down my rating, which is why I hope to spare you from it. It was so bad I was ready to give up on Hurley, and Nyx and Rhys are the only reason I’ll go on to the second book in the trilogy. 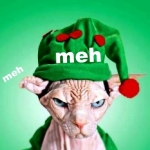