The Wheel of Time series by Robert Jordan and Brandon Sanderson

The Wheel of Time turns and Ages come and go, leaving memories that become legend. Legend fades to myth, and even myth is long forgotten when the Age that gave it birth returns again. In the Third Age, an Age of Prophecy, the World and Time themselves hang in the balance. What was, what will be, and what is, may yet fall under the Shadow.

A man decided to rewrite Tolkien and all those other white man fantasists who had come before him with one crucial difference: His characters would be selfish. They’d nod along to saving the world all long plotting their escape through the back door of the tavern. Now with extra purple prose! 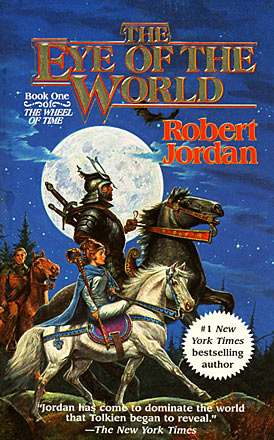 Wasn’t that a gigantic waste of time.

The first book hooked me with its characters and the fantastic audiobook narrators dragged me through the hellish purple prose all the way to the end. For such a long series I have little to say.

For a world supposed to have been built on the fear and respect of capable women, it was terribly misogynistic. No one really acted like the Aes Sedai were a force to be reckoned with. No, they were cunning women with ageless faces and never to be trusted.

I liked Mat, at least his misogyny was the honest kind—lewd gestures and words—unlike Rand’s. It never occurred to Rand that it wasn’t his choice, that it was their choice, that it was up to the three women to decide whether they wanted to share him separately or together. Alas, the poly was not to be. What a shame. 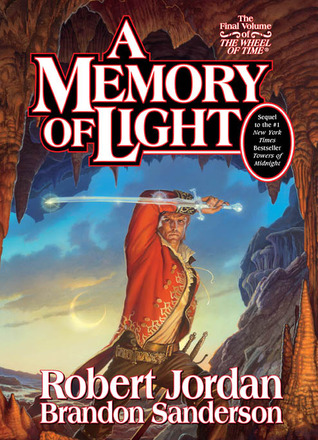 Perrin was the only decent sort of the lot, so of course his wife was almost raped and he had his “she cheated but I love her enough to forgive her” moment.

The White Wizard of this series didn’t get to save herself. That was true for others as well. Of the women who lived I can’t remember anyone saving herself. They all had to be aided in one way or another. To make sure, I wanted to go back and re-listen parts of the Last Battle but not anymore after that ending.

Only boys get to live. That’s pretty much the series summary in one line.