I got a complimentary copy of this one from the author in return for an honest review – thank you very much! 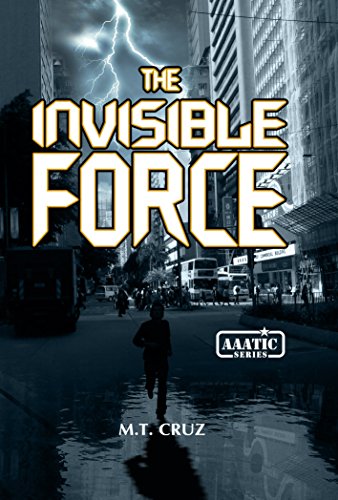 Hong Kong is on the brink of being wiped out… and the US Defense Department is involved!

A multinational corporation covertly infiltrates the US Air Force Weather Agency creating typhoons and instability, claiming thousands of lives year after year for the sake of profit. This time around, it is poised to wipe out Hong Kong but Asia’s dragon waits in silence and full force. Will the covert team at A.A.T.I.C. and the CIA move swiftly to stop the catastrophe or will it lead to the next world war?

Meet General Huang Tonquan, from China’s Minister of National Defense, a calm and quiet, tea-sipping senior official who is shrewd but would never compromise his motherland and people.

Then there’s Alex Howell, a retired US military scouted through a scandal to lead the covert intelligence group AATIC tasked at preventing wars. Alex’s right hand is Daffy, a former rockstar-wannabe who  finally decided to take stock of his life. The AATIC group gets help from the group of Aurelie Marchant, another intelligence operative known for her stubbornness. Together, they follow various trails that lead to the destruction of lives in many countries.

I DNFed this one after, roughly, 60 pages. Why? Here is a short list of most serious problems I encountered:

“We are supposed to have dinner yesterday,” Eric began to explain. “But he has not answered my call to his mobile phone after he failed to meet me, and his colleagues at the China Geological Survey said he left their office one hour before our scheduled meeting yesterday.(…)”

“While Eric was deep in thought enumerating their activities, Daffy suddenly snagged down the extended arm of Eric on the table making them both fall down to dodge the spray of bullets from Eric’s behind.”

“What are your most recent activities that generated media attention?”

I wish the author all the best, especially a good, patient and understanding editor.  Or maybe a career change.

6 Responses to The Invisible Force (AATIC 01)by M.T. Cruz