The Book of Deacon by Joseph R. Lallo

The tale of Myranda Celeste, a young woman orphaned by a century long war, and her chance discovery of a fallen soldier’s priceless cargo. The find will change her life, sending her on an adventure of soldiers and rebels, wizards and warriors, and beasts both noble and monstrous. Each step will bring her closer to the truth of her potential, of the war, and of the fate of her world.

When I started to read this one I was truly impressed. Myranda seemed to be an intrepid 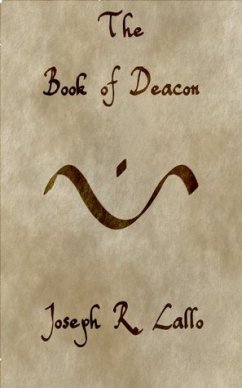 young woman, completely independent and rather clever so I followed her with pleasure. Unfortunately only up to a point. Soon her character development grinded to a stop and I got action, action and more action which bored me because, let’s face it, her adventures repeated every trope known to such fantasy stories. Founding a precious (yes, my precioussss) artefact without being aware of its real value? Check. Meeting kind strangers in unexpected places? Check. Adopting an orphaned animal? Check. Being attacked and rescued and attacked and rescued again?  Check. She was also sent to a kind of magical university to polish her powers and train her dragon…like 10k other heroes and heroines featured in such books.

Yes, there was a young dragon in that story and another one, much older, too. No, they weren’t able to save the book because somehow, among all those action scenes, the author forgot to give the dragons distinctive personalities. The same could be said about Leo/Lain, the malthrope (so a creature being a mixture of an animal and a human, in this case a fox and a human). He was a very fine creation, one of the highlights of the book to be honest, but somehow, after a few scenes he started to repeat himself, sounding and acting almost the same.

Overall I had an impression that this was just a draft, not a final product. There were many scenes which should and could be cut or at least trimmed. There were infodumps which made me sleepy and flat dialogues which added to that sleepiness. The baddies were insanely weak and amateurish at their ‘badness’. It was also obvious the author doesn’t know a thing about torturing his characters – every time something bad started happening, the protagonist was quickly rescued by outside circumstance or a mysterious secondary character. Apart from that there were mistakes, from obvious typos like ‘though’ instead of ‘through’ and unnecessary repetitions to grammar issues that sometimes made the text difficult to read. Was this book edited or at least beta-read at all? I don’t think so.

Not a fantasy series I would recommend or continue reading – sorry dragons. Meh. Very low meh.

7 Responses to The Book of Deacon by Joseph R. Lallo