Movie review: Therapy for a Vampire (2016) directed by David Rühm 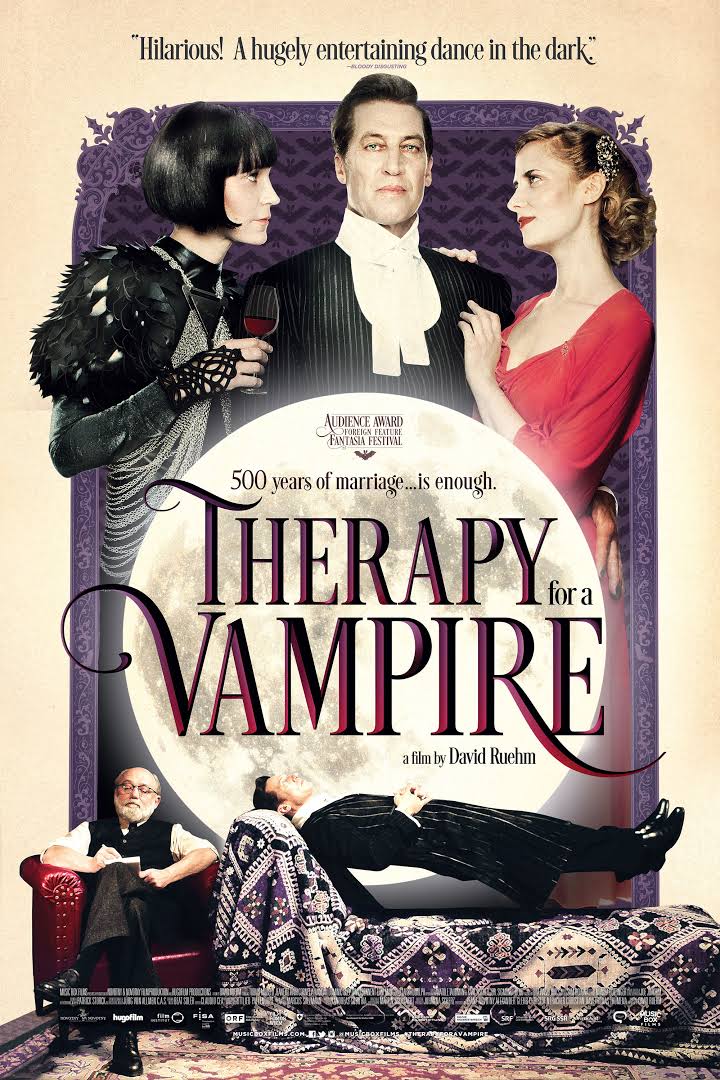 (Tobias Moretti) whose marriage is on the rocks. Or rather on a tip of a wooden stake. After 500 years of ‘happily-ever-after’ it can happen even to the best of couples, right?

In order to appease his more and more demanding wife who needs to be flattered all the time the vampiric Count finds a young painter who is supposed to paint his lady’s portrait and give him more nightly hours wife-free. Soon the girlfriend of that painter, young and tomboyish Lucy, catches the vampire’s eye. Even though she works as a simple waitress, she is a dead ringer for his long-lost love, the divine Nadilla…

Be warned: Therapy for a Vampire might elicit a few ironic smiles but rarely belly laughs. It veers from psychological parody to romantic mix-up comedy to campy horror,  an uneven mess of vampire movies cliches, mistaken identities and misplaced affections. I didn’t regret watching it, far from it; still I can’t shake off a feeling it might have been a lot better and edgier if only the director took risk and followed one of more interesting paths, mentioned in the movie. Like how to face infinite life with dignity.

Do you really like vampire comedies? Do you thing a dry sense of humour suits you the best? If you answer ‘yes’ on both counts you might want to borrow and watch this one.

6 Responses to Movie review: Therapy for a Vampire (2016) directed by David Rühm