A network of terror.
A web of deceit.
A deadly game of vengeance. 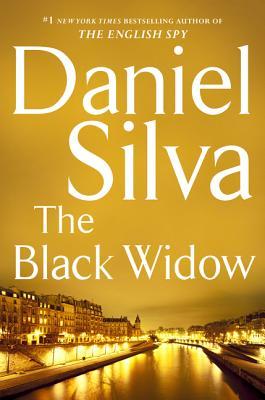 Legendary spy and art restorer Gabriel Allon is poised to become the chief of Israel’s secret intelligence service. But on the eve of his promotion, events conspire to lure him into the field for one final operation. ISIS has detonated a massive bomb in the Marais district of Paris, and a desperate French government wants Gabriel to eliminate the man responsible before he can strike again.

They call him Saladin …

He is a terrorist mastermind whose ambition is as grandiose as his nom de guerre, a man so elusive that even his nationality is not known. Shielded by sophisticated encryption software, his network communicates in total secrecy, leaving the West blind to his planning—and leaving Gabriel no choice but to insert an agent into the most dangerous terrorist group the world has ever known. Natalie Mizrahi is an extraordinary young doctor as brave as she is beautiful. At Gabriel’s behest, she will pose as an ISIS recruit in waiting, a ticking time bomb, a black widow out for blood.

When you are down with flu you might read something ambitious, heavy, and important but it will be so completely wasted on you. It is far wiser if you temporarily settle with something fluffy, simple and dynamic. The Gabriel Allon series usually fits that bill to a dot. This time, however, its sixteenth instalment left me disgruntled. First it chafed me why, oh why, the mighty Israeli super-spy had to meet another super-model beautiful Jewish doctor on his path. I guess Daniel Silva is apparently yet to see a non-beautiful woman worth writing about. Providing such a monster exists at all, perish the thought.

Second, Silva repeatedly uses the same boilerplate language to describe Gabriel and the other members of the Lightning team. What’s more, he often repeats whole paragraphs from previous books in lieu of proper backstory. Isn’t it called autoplagiarism perchance?

Third and the last: Silva took the opportunity to get in a couple jabs at America, Barack Obama and his role in propagating an environment ripe for ISIS. This may or may not be true, but either way, it’s a political statement that would best be left out of a fiction book. If I want to read political opinions of any kind, I’ll buy a newspaper. When I sit down to read a thriller, I want to be thrilled, not indoctrinated.

Superficially, it was a quite decent novel but really I felt Silva wasted way too much time preaching his world view. It really slowed down the plot and often felt forced in. Meh royale.

Other books by Daniel Silva reviewed on this blog: