Nicolas Morath is an ex-pat from Hungary residing in Paris right before WWII. He is enjoying an easy life, working as an ad executive and seeing an attractive Argentine heiress called Cara. As the big conflict approaches his prominent uncle, Count Polanyi, asks him to attend to a few wrinkly affairs of state. One thing leads to another, the projects grow increasingly urgent, dangerous, and complex. As a former war hero with a talent for 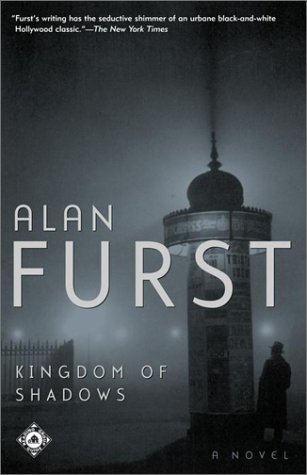 espionage, Morath  can’t bow out and stay away; still it becomes more and more obvious the good life he was enjoying will soon be a thing of the past.

The book delivered exactly what I’d hoped it would. It was filled with atmosphere, history, and great characters. The Anschluss of Austria, events in the Sudetenland (a part of the Czechoslovakia at that time), and reactions throughout Europe – you’ll find them all interwoven with the plot and seen from an ordinary man’s perspective. No boring infodumps or mini textbook history lessons.

The main character, Nicolas Morath, is a reluctant hero, often dragged into different affairs despite his healthy and quite understandable distrust. Still, being a former Hungarian cavalry officer whose only uncle, Count Polanyi, is a diplomat at the Hungarian legation in Paris, more often than not he feels he has no choice. Besides, there’s his ennui born out of war trauma. What can be better than a bit of action – even if it might land you in prison every now and then…

Any flaws? The novel reads like a series of short stories, loosely connected – if you don’t like such a narrative formula you might find yourself annoyed at some point. A character appears and disappears. The tension is raising and falling constantly. There are no spectacular escapes or feats of daring,  no fights in which your hero defeats four opponents and saves his lady from a dragon,just day-in-day-out drudgery (metaphorically speaking of course, do not forget that Morath is a rich aristocrat living in Paris) sometimes interrupted by a journey. Or a death.

If you like historical thrillers set before WWII in Europe and you care more about the atmosphere and characterization than breakneck pace of narration, this is your book; perhaps even your series. By the way – it must be a good book because it is set in Paris and mentions the catacombs. Or, more precisely, a fictional Théâtre de catacombes. 🙂