Europe in Autumn by Dave Hutchinson

Rudi is a cook in a Kraków restaurant, but when his boss asks Rudi to help a cousin escape from the country country he’s trapped in, a new career – part spy, part people-smuggler – begins. Following multiple economic crises and a devastating flu pandemic, 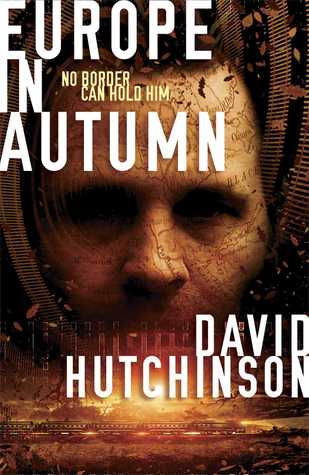 Europe has fractured into countless tiny nations, duchies, polities and republics. Recruited by the shadowy organisation Les Coureurs des Bois, Rudi is schooled in espionage, but when a training mission to The Line, a sovereign nation consisting of a trans-Europe railway line, goes wrong, he is arrested, beaten and Coureur Central must attempt a rescue.

With so many nations to work in, and identities to assume, Rudi is kept busy travelling across Europe. But when he is sent to smuggle someone out of Berlin and finds a severed head inside a locker instead, a conspiracy begins to wind itself around him.

With kidnapping, double-crosses and a map that constantly re-draws, Rudi begins to realise that underneath his daily round of plot and counter plot, behind the conflicting territories, another entirely different reality might be pulling the strings…

After a solid beginning the book got boring. Really boring. Even though I truly enjoyed some acute remarks about Poles, Balts, Russians, Germans and other nations scattered here and there, overall the plot failed to engage me and the future of Europe sounded off. What’s even more important, the novel seemed to be just a collection of short stories – very shallow short stories to boot, stories which had nothing to say and entertained me for just some minutes. Stories which had nothing to do with the ‘sci-fi’ label. I feel cheated. The narrative was vaguely tied up by Rudi, a chef from Estonia, and a coureur without any agenda or goals. Rudi was a guy as lukewarm as ‘chambre’ wine, and no, it is not a compliment. He moved from one country to another, losing his steam all the time. If you don’t care about the main hero, soon you stop caring about the whole book, sad but true. I finished the story just skimming pages. Boring.

Meh. Read only if you are strongly motivated.

4 Responses to Europe in Autumn by Dave Hutchinson