Posted on December 21, 2018 by portiabridget

When a body wrapped in a blue plastic tarp and tied up with twine is discovered near the bushes near a quiet suburban Tokyo neighborhood, Lt. Reiko Himekawa and her squad take the case. The victim was slaughtered—his wounds are bizarre, and no one can figure out the “what” or the “why” of this crime. 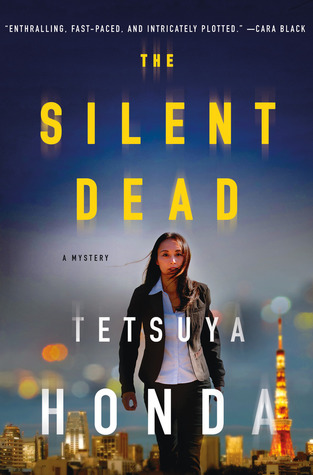 Division is young to have been made lieutenant, particularly because she lacks any kind of political or family connections. Despite barriers created by age, gender, and lack of connections, she is mentally tough, oblivious to danger, and has an impressive ability to solve crimes.

Reiko makes a discovery that leads the police to uncover eleven other bodies, all wrapped in the same sort of plastic. Few of the bodies are identifiable, but the ones that are have no connection to each other. The only possible clue is a long shot lead to a website spoken only in whispers on the Internet, something on the dark web known as “Strawberry Night.”

But while she is hunting the killer, the killer is hunting her… and she may very well have been marked as the next victim.

Allegedly  it was just another whodunit, only penned by a Japanese author. Still it did make a difference. To be honest it was surprisingly good. I don’t think here mainly about the local flavor although I admit it was another asset.  I think about tight plotting, an interesting premise and a bunch of original characters. I also think about the fact that the main lead is a woman who has to face fierce opposition at her place of work even though she is a better-than-average detective.

It was really nicely done, that show of misogynism among some cops and civilians who had to cooperate with Reiko during her investigation. Reiko’s male colleagues often write her opinion off because she’s a woman, mock her fear of ‘hot summer nights’ because that’s how the weather was like when she was raped as a teen, make advances on her because they were in a dark place and that was apparently some kind of invitation, grope her, and more. I did wonder from time to time why she didn’t think of accusing some of them of sexual harassment  but, I suppose, she couldn’t. I also think it is an honest picture of the way the police work in Japan. A woman cannot be equal to men no matter how well she performs and what she does; if she wants to work she has to suffer many daily humiliations and accommodate or else. Small wonder Reiko’s mum would love nothing better than seeing her eldest daughter happily married. And having children.

Poor Reiko, being a rather good-looking woman, had also to suffer sexual abuse in public transport: ‘Reiko responded violently to sexual harassment. On the train, with would-be gropers she had notched up a tally of seventeen broken fingers and two broken arms. At work, her record was more modest: six broken fingers and zero arms- but she had kneed three guys in the balls and concussed a couple by kicking their legs out from under them’.

Any flaws? Unfortunately the same Reiko seemed a bit flat from time to time – too good, too pretty, too clever  and perfect.  Despite her forced tolerance she also was surprisingly quick to lose her temper. When I come to think about it, everyone was rather quick to anger and to insult each other and threaten violence – another surprise for me personally. When I think ‘a Japanese’ I see those calm, constantly smiling and bowing men and women who are very kind to strangers and to each other too. Well, perhaps my perception is wrong.

Finally another flaw (at least from my point of view): the story starts from the first-person perspective of the main black hat and changes  into the personal perspective of Reiko and her colleagues in third person narrative voice; that switch is repeated several times. I am not exactly a fan of such tricks, it felt a bit unnecessary even if it permitted a glimpse into the perpetrator’s mind.

A decently-written mystery with a believable main character. It also features plenty of violence, sexual violence included. Still if you like intrepid female detectives and are interested in contemporary Japan this one might be for you.