Reviewing a classic: Sinuhe the Egyptian by Mika Waltari

A quote instead of synopsis (because it is a pretty good quote and explains roughly everything):

“I, SINUHE, the son of Senmut and of his wife Kipa, write this. I do not write it to the glory of the gods in the land of Kem, for I am weary of gods, nor to the glory of the Pharaohs, for I am weary of their deeds. I write neither from fear nor from any hope of the future but for myself alone. During my life I have seen, known, and lost too much to be the prey of vain dread; and, as for the hope of immortality, I am as weary of that as I am of gods and kings. For my own sake only I write this; and herein I differ from all other writers, past and to come.”

For the first time I read this one in my secondary school and have returned to it many times since. Why? I love ancient Egypt and this novel is set there, mostly during the reign of Pharaoh Amenhotep IV of the 18th Dynasty who officially changed his name to Akhenaten and whom some have claimed to be the first monotheistic ruler in the world. These were very turbulent times – Akhenaten’s reign was marked by internal conflict; he and his descendants in the 18th dynasty were later denounced by Horemheb, and their names were erased in the Egyptian records. The worship of Aton, a new god the pharaoh was very fond of (to put it mildly), is speculated to be a precursor of Judaism and other monotheistic religions but it ceased to be popular after the death of his most important worshipper and propagator. 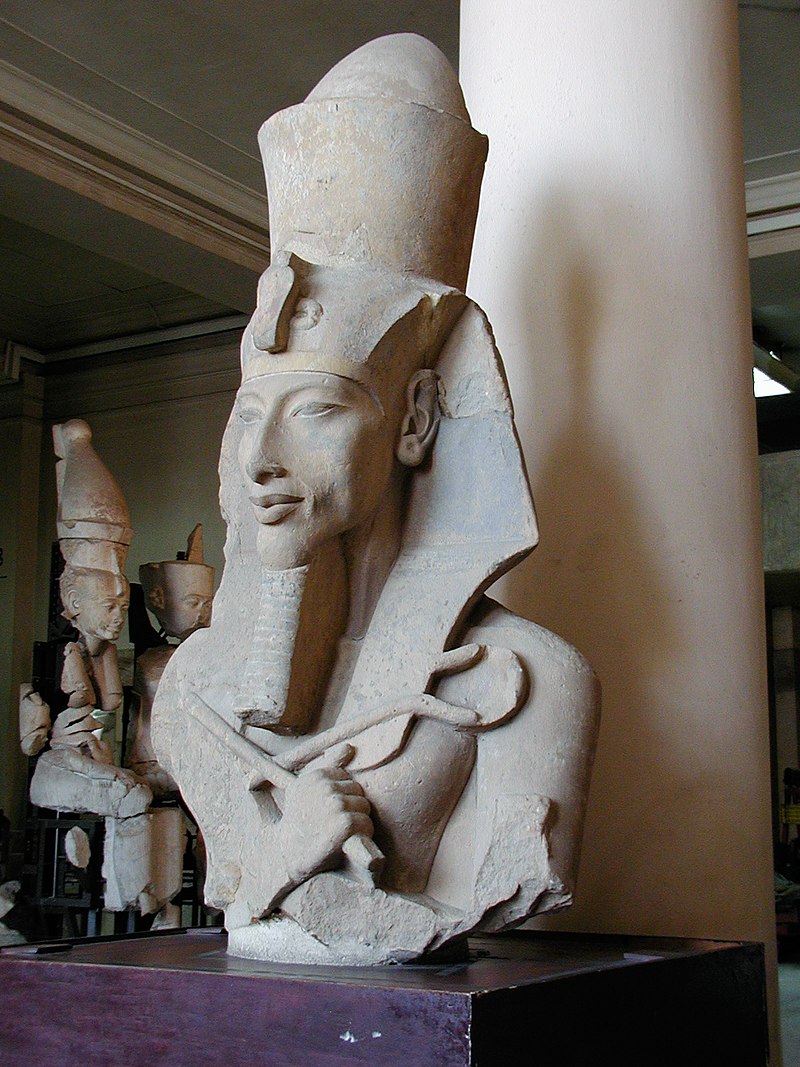 The novel is narrated by Sinuhe in the first person singular – as you can notice reading the quote I decided to put instead of the summary. There are plenty of other characters, Kaptah, Sinuhe’s slave and then helper being the most important one, a real alter ego of the protagonist himself. The narration moves smoothly and is very readable. It starts in Thebes but in reality you are soon taken to a trip around the most prominent civilizations of the Bronze Age world which could be known to an Egyptian– Canaan, Syria, Mittani, Babylon, Hatti, Crete. There are allusions to both Biblical stories and Greek myths; for example Sinuhe, like Moses, was found by his mum floating in the river in a reed basket. Minea, one of the positive female characters and Sinuhe’s beloved, is a bull-leaper from Minoan Crete, There is also a minotaur and a labyrinth although they differ from those you might remember from your Greek mythology. All of it was written by a Finn born in Helsinki, go figure.

Undoubtedly Waltari did extensive research for this book that garnered respect and praise even from Egyptologists. Undoubtedly his book has some flaws (any strong female character must be somehow evil and has to die) and sometimes Sinuhe’s way of thinking seemed for me to be too close to that of a contemporary man. Still it is mainly a novel about a man who was looking for his place all his life and couldn’t find one. He never felt at home, not even in his beloved Thebes, and couldn’t keep the love of his life or save his son. He is a bitter man who lived in very interesting times and survived, often paying heftily for that privilege – I don’t mean here gold or silver coins, I mean his own integrity. It is a very dark story at its core because Sinuhe, old and weary, feels and remains alone, left only with his conscience gnawing at him.

A classic – if you like ancient Egypt and unusual stories told by intelligent people it is a book for you. Still be warned – it is neither short nor especially cheerful.

7 Responses to Reviewing a classic: Sinuhe the Egyptian by Mika Waltari